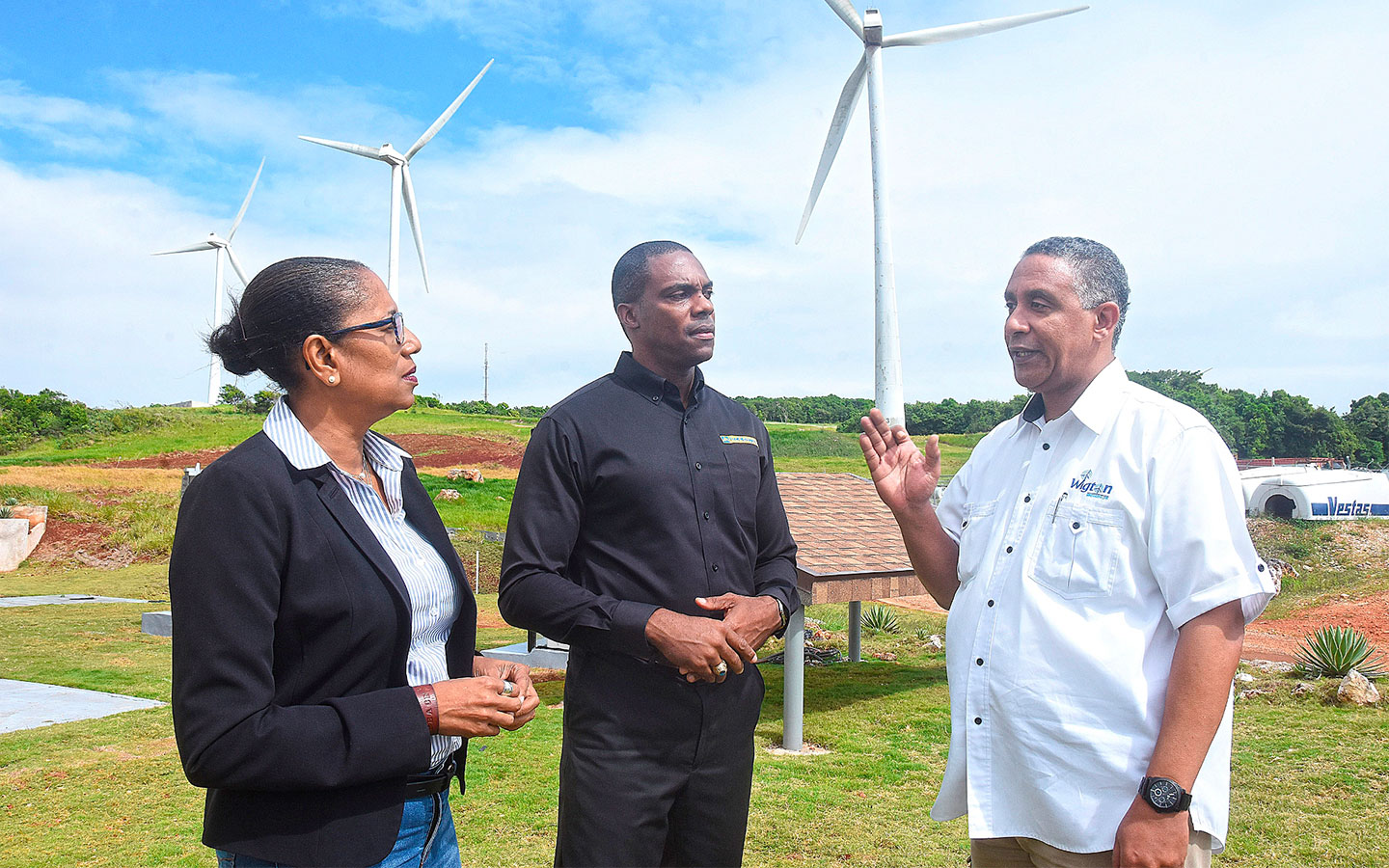 This is demonstrated by its 170 megawatts of installed wind generating capacity and rapidly developing solar plants, he stated. The expansion underway in Jamaica is based on the country’s appealing market conditions; robust regulatory framework; and government’s support for the development; as well as, a utility company which is willing to work with private power producers.

“We are getting about 8.5 cents per kilowatt hour,” in respect of the price of electricity being generated by the MPC’s Paradise Park solar plant being constructed in Westmoreland, Mr Delaire said. He added that, “We also have a 20 year agreement with the Jamaica Public Service Company (JPSCo) to purchase the power we produce.”

Most of the electricity produced across the Caribbean, comes from diesel plants  that are more than 50 years old, which produce electricity at a cost that is in “double digit” cents per kilowatt hour, he said. Mr Delaire declared that, “These plants are obsolete.”

The low power production cost that the Paradise Park plant can feed to Jamaica’s national grid, and the fact that the national power utility company signed an agreement to take this electricity, shows the benefits Jamaica gets from having reformed its electric power industry to accommodate independent power producers.

He was speaking at an MPC Renewable Energy Forum, mounted by JN Fund Managers (JNFM), a member company of The Jamaica National Group, and MPC Capital at the Spanish Court Hotel recently. His audience consisted mainly of potential investors in the MPC Clean Energy Fund, which is financing regional renewable energy plant development.

“You have taken the time to outline an integrated resource plan,” the engineer stated. “In terms of renewable energy, what I find is more appreciated by investors such as ourselves is that we would like to know that the government is behind rules.”

The electricity sector development plan has involved regulators, the government , JPSCo, as well as the private sector, Mr Delaire pointed out, declaring that, “Jamaica has done an exceptional job.”

Looking at Caribbean counterparts, he said, Antigua has, “a couple of projects installed or in development,” but others such as Guyana, Barbados and the British Virgin Islands were all “a bit behind in terms of what they need to be doing.”

Milverton Reynolds, managing director of the Development Bank of Jamaica (DBJ), told the audience that the cost of imported petroleum was what had prompted an change in Jamaica’s energy policies.

The DBJ participated in a government push to reduce the burden which energy placed on the national economy. Mr Reynolds said that subsequently, “We ramped up our activities in our privatisation and public/private partnership programmes; and, currently, we have two major active privatisation projects. We are indeed very excited about the possibilities they present.”

Jermaine Deans, deputy general manager, JN Fund Managers, is spearheading the team which collaborating with the initial public offer of the MPC Clean Energy Fund, and also providing support for the debt refinancing of the state-owned Wigton Wind Farm.

“Pension funds need sure and reliable returns,” Mr Deans told the audience of leading financial sector representatives. “Investing in cost-efficient renewable energy projects provides this requirement, and most of the time your cash flow will be indexed to the United States dollar.”

“Assisting Jamaica to move the renewable component of its electricity consumption from less than than 20 percent currently, to a targeted 50 percent by 2030, offers excellent opportunities for portfolio managers,” Mr Deans stated.