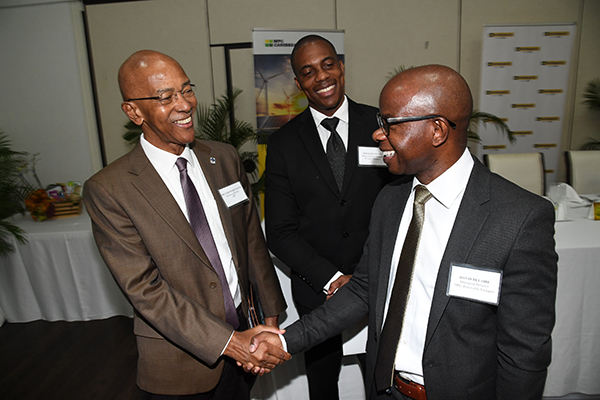 MPC Caribbean Clean Energy Fund (MPC Caribbean) has paid its first dividend, as the investors were told of its expansion plans in Jamaica and regionally. 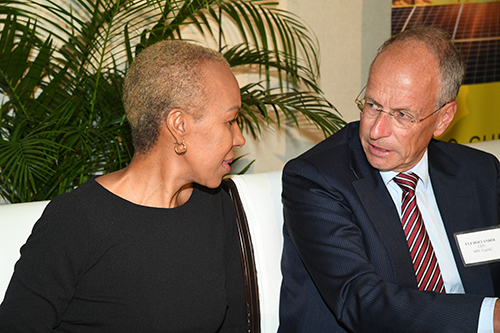 “The dividend payment is based on the very good results we have had with Paradise Park in Jamaica, but also the second asset of Tilawind in Costa Rica,” Mr Hollander said. “The venture shows that collaboration between government and the private sector can deliver a promising future.”

The 51 megawatt Paradise Park solar photovoltaic plant in Jamaica, was the first investment by MPC Caribbean, he pointed out. He told the audience attending the MPC Caribbean renewable energy forum at the Spanish Court Hotel, St Andrew, on October 1, that this was followed by Tilawind, a 21 MW wind farm.

“We plan to come to the market later this year, with a second equity round to broaden the base of our assets,” Mr Hollander revealed at the forum, which was held in concert with its local financial advisors, JN Fund Managers.

MPC Caribbean raised US$11 million from its IPO on the Jamaican and Trinidad & Tobago stock markets, with significant investments coming from the Development Bank of Jamaica, Teachers Credit Union, Sagicor Jamaica and the JN Group, he informed. 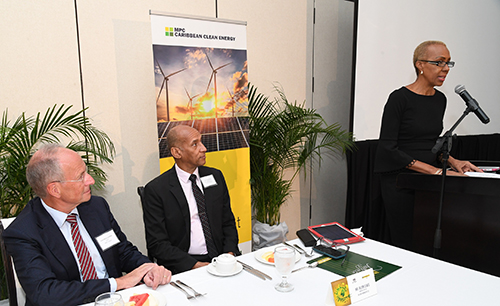 Fayval Williams, Minister of Science, Energy & Technology, stated that, “Jamaicans have an appetite for investing and capitalising on opportunities in the energy sector.”

The start of operations at the Eight Rivers plant brings the amount of electricity generated from solar power to 6 percent off the total installed capacity, the minister said. She also pointed to several wind and hydroelectric projects aimed to diversify the country’s energy base.

Paradise Park, by itself, helps to eliminate more than 30,000 tons of carbon emissions, annually; but Jamaica is committed to mitigating a total of 1.1 million metric tons of carbon dioxide per year, by the year 2030, Minister Williams pointed out.

“Jamaica has to expand its renewable energy capacity,” she said, adding, “Therefore, we still have a long way to go.”

David Delaire, managing director, MPC Renewable Energies, a subsidiary of MPC Capital, stated that, “We can participate in helping you in the region. As MPC Capital, we have already invested US$5 million into the Clean Energy Fund for Paradise Park and Tilawind Farm.”

“We have also signed contracts for a project in El Salvador,” Mr Delaire said, indicating that, “Our next project will be at Mico University College.”

MPC Capital and the Mico Foundation have signed an agreement for a two megawatt solar installation at the university.

Jermaine Deans,deputy general manager, JN Fund Managers, revealed that, “From an investment perspective, at my organisation we invested early and shared in the almost 9 percent dividend after nine months.”