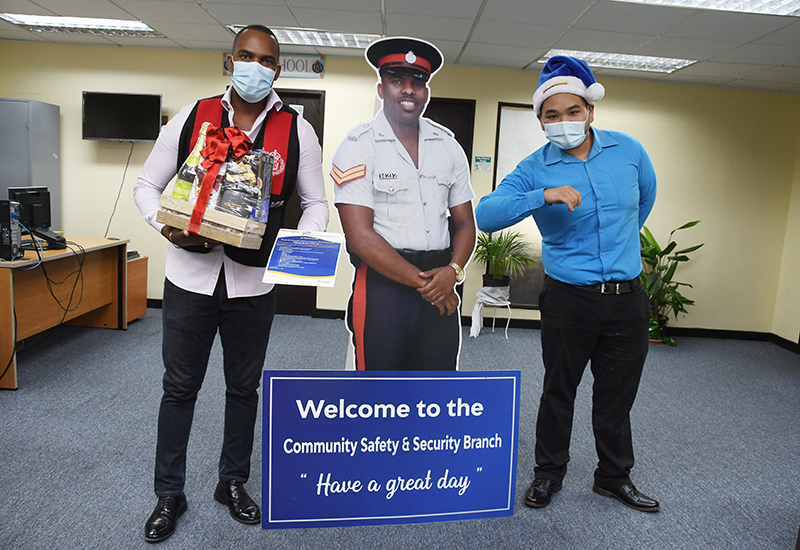 Corporal Andrew Williams (left) of the Community Safety and Security Branch at the Jamaica Constabulary Force shows off his gift which was presented by Richard Lue of JN Fund Managers.

Three persons who have been positively impacting their communities and customers are being recognised by JN Fund Managers, a member company of The Jamaica National Group, through its ‘Season of Gratitude Campaign’.

The recipients are Corporal Andrew Williams of the Community Safety and Security Branch at the Jamaica Constabulary Force; Simone Burke, cashier at Fireside Gourmet Restaurant and Ian Stephens, a fruit vendor.

Delories Jones, senior vice president of sales, strategy, and marketing, at JN Fund Managers said the recipients were selected by the company’s employees, under the campaign, which is being observed during the month of December.

“Many persons have experienced a very trying 2020; however, there are some everyday heroes/angels who have selflessly made the year easier for many persons,” she explained.

Under the campaign, members of staff were asked to nominate persons who exemplified “hero status,” during the period, as the gratitude recipient for 2020.

“The staff members identified several exemplary persons; and we are happy to recognise them for having done very well during this season of giving,” she related.

Corporal Andrew Williams believes in service above self; and has been doing that through his job and his ‘acts of kindness’  where he gives back to those in need. The law man, who is motivated by his daughter, is determined to send a positive message about kindness and caring, for those who are less fortunate than him.

“You have made my year! Giving back is never something in return. When I give, it is from my heart. But to be appreciated, it means a lot,” said a surprised Williams, who was visited at his office by the JN Fund Managers team bearing gifts.

Since 2012, Corporal Williams started the ‘Positive Initiative’ charitable organisation, which originated in his community in Cooreville Gardens in Kingston. From his salary, he would pay for groceries for a person in need, either in part or full. In return, he only requests that when they are in a position to do so, they should, “pay it forward.” 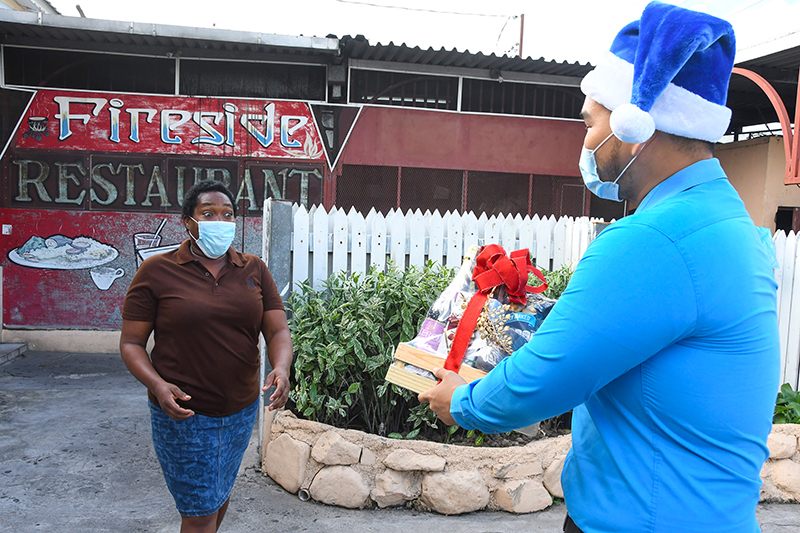 Simone Burke (left), cashier at Fireside Gourmet Restaurant is elated to be recognised by Richard Lue of JN Fund Managers.

Other initiatives, which his charitable organisation has executed include, the ‘Attitude of Gratitude Tour’ where persons identify persons who have positively influenced them and recognise them with a gift. The organisation has also distributed care packages since the onset of the COVID-19 pandemic; and has big plans for the Christmas season, to distribute toys to children at the Spanish Town Hospital, the Strathmore Gardens Children’s Home and care packages in St Mary, where he grew up.

“My biggest motivation is my daughter, and I want to create a caring Jamaica, so that when she grows up, persons will say to her ‘I’m being kind to you because I remember that your father was kind to me.’ That is the type of legacy I want to leave behind for her,” he said with pride.

Simone Burke is a cashier at Fireside Gourmet Restaurant, who enjoys providing good customer service. She believes in going the extra mile for her customers and ensuring that they are satisfied. She notes that her customers show their appreciation by ensuring that she also gets the best service when she does business with them.

“I love to interact with my customers, and I enjoy going that extra mile for them. And if something goes wrong, I will calm them down and make it up to them. But I really enjoy working with members of the public,” she said. 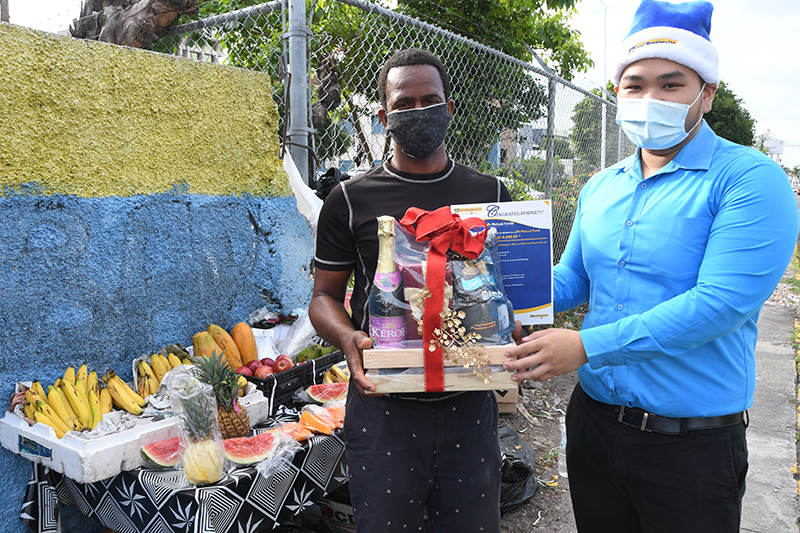 Ian Stephens has been a fruit vendor for the past 17 years. He believes in the nutritious value of fruits and as such, decided to supply his customers each morning with fruits. The father of two says he loves to interact and socialise with his customers. He has been recognised by JN Fund Managers for supporting the team throughout the pandemic.

Laurel Whyte, marketing, communications and public relations manager at JN Fund Managers, said the recipients were presented with gifts; and a $10,000 gift certificate, to open a Mutual Fund Account with JN Fund Managers.