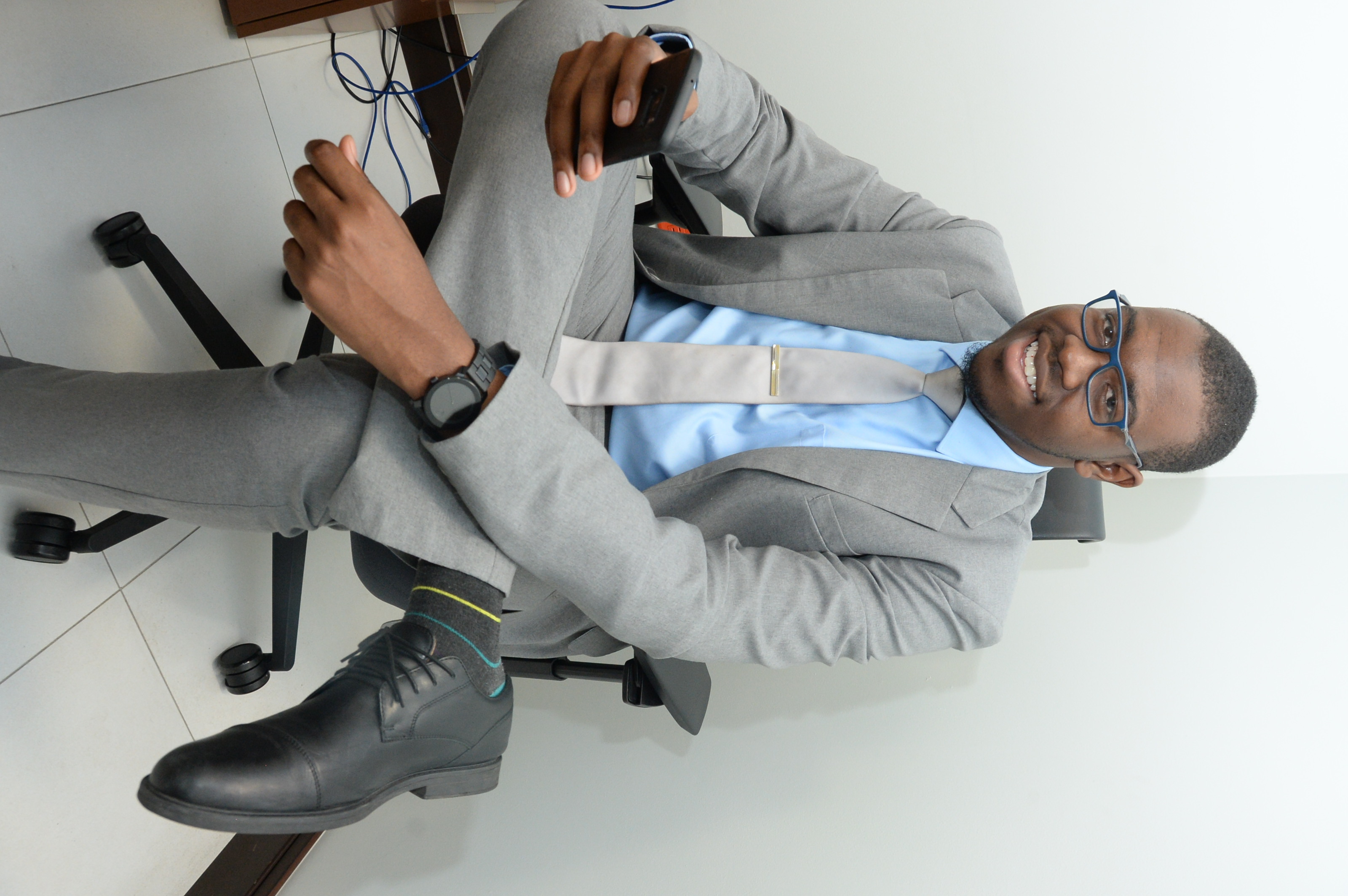 At 25, and 6ft 7 inches, he charts strategy for the deployment of billions of dollars in investment at one of the leading fund management companies in Jamaica. The Certified Financial Risk Manager also finds time to mentor university and high school students, as well as young colleagues.

“I was lucky to find that finance was my passion from fairly early,” he admits. “But, that path is not for everyone; therefore, I advise students to find a field that they like and then narrow it down to the aspect of it they prefer.”

Most students make the mistake of studying a set of subjects in school; get a job; and then stick with that profession, although it may not be something they love.

“Originally, I wanted to be an accountant,” he said. Raised in St. Thomas by his mother, Shirley Small, a teacher, he attended Morant Bay High School; and then spent one year in the Sixth Form at St. Georges College, before starting professional training in Business at the University of Technology (UTECH) in 2008.

“I was good at accounting; but, found that I lacked interest in the subject. In my third year at UTECH, I chose to major in finance linked courses,” he explained. “In that first semester, I knew right away that finance was what I wanted to do for the rest of my life.”

On graduation, he secured a job as an Investment Analyst at Jamaica National Building Society, now JN Bank; and was ultimately promoted to the post of Portfolio Manager. And last year, he was transferred to the JN Fund Managers Limited (JNFM), another subsidiary of the JN Group, where he took up his present portfolio.

“On a day-to-day basis, I provide advice about investment strategies across all the JNFM business lines,” he said. “I am, therefore involved in structuring transactions; providing company valuations; and am consulted about economic and market related decisions. I love it.”

“Finance challenges you; therefore, you can never say that you have mastered it completely,” he declared, adding that, “I am constantly intrigued.”

And while he admires international financial wizards such as, Warren Buffett of Berkshire Hathaway, and Jamie Dimon of JP Morgan, his major source of inspiration is one of his mentors, Brando Hayden, the former General Manager of JNFM.

“Mr Hayden showed me that when everything is going well, everyone looks good,” he stated. “When you earn your salt is when things turn negative.  It is when the market is down and things are challenging that you will see the true value of quality financial advice.”

Mr Small-Ferguson freely shares his experience with students at UTECH and at high schools whom he mentors and assists.

“I want to help them avoid some of the mistakes I made,” he outlined. “It started with my helping some friends who also attended UTECH, and I have informally reached out to others since then.”

When he is not working or mentoring students, Mr Small-Ferguson watches football to relax.

“As a youngster, I was a cricket fan, but in the 1990’s the West Indies team broke my heart,” he explained. “Then in 1998 the Reggae Boys played in the football World Cup and in 1999, I saw a Champions League match between Man U (Manchester United) and Bayern Munich that was decided in favour of Man U just four minutes before the end of playing time. This made me a dedicated football fan and a Man U supporter.”

He is also a member of JN Toastmasters Club. “I joined the club to learn to speak before an audience and inspire them. It has been a tremendous benefit in helping me learn how to chair meetings and take on leadership roles.”

And he admits to one vice. “I love shoes. I have big feet… I wear size 13 and not many shoes fit well; therefore, I have come to appreciate quality footwear. Clarks are the best and I have close to 30 pairs!”